Importance: Oxytocin is the most commonly used agent and the primary drug of choice. Oxytocin can be used just after delivery of the front shoulder of the baby or expulsion of the placenta. Generally, its administration route and dose are 10 IU intramuscularly (IM). It can also be used intravenously (IV), which is typically preferred during cesarean sections (CS). Oxytocin also decreased postpartum blood loss when applied inside the placental cord

Importance: Ergometrine causes continuous contraction of the uterus. There is not enough evidence about its use as a single agent. It is typically administered at 0.2 mg IM. Its use must be avoided in patients with hypertension.

Importance: This contains 5 IU oxytocin and 0.5 mg ergometrine. The time of onset of the uterine response after IM administration is shorter than after ergometrine alone, and the duration of action is several hours. Although it was found to be more effective than oxytocin

Importnace: Carbetocin, given 100 μg as an IV bolus over 1 minute, instead of continuous oxytocin infusion, can be administered in elective caesarean section for the prevention of PPH, in the attempt to decrease the need for therapeutic uterotonics.

Importance: Carboprost is a synthetic prostaglandin analogue of PGF2α. Carboprost main use is in the obstetrical emergency of postpartum hemorrhage which reduces postpartum bleeding. Never apply cord traction (pull) without a contraction and without applying countertraction (push) above the pubic symphysis with the other hand. 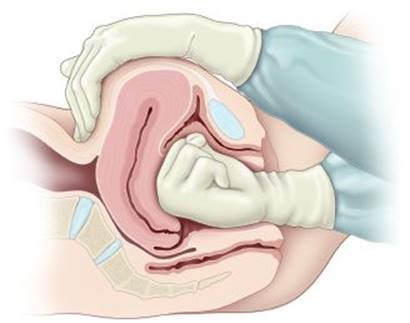 Uterine fundal massage after placental expulsion provides uterine contractions by stimulating endogenous prostaglandin secretion. This method was recommended in the 2007 WHO guidelines, and was described as optional for the active management of the third stage in the 2012 updated guidelines. Iliotibial tract is also known by many other names such Do you want to know the reason behind functioning of Side Effects of OCP