What is a placebo?

A placebo is a substance which has no therapeutic effect but is prescribed to a patient for their psychological benefit, i.e. to please them. It is derived from the Latin word placere which means ‘to please’.

As Ambroise Pare had said, the physician’s duty is to “cure occasionally, relieve often, console always”. Accordingly, placebos were widespread in medicine until the 20th century and were often thought to be necessary deceptions. Nicholas Jewson observed that 18th century English medicine was shifting from a model involving considerable interaction with the physician to a more standardised form of intervention. A good number of physicians began to resort to morale-boosting therapies which, while having no pharmacologically active ingredients, did provide reassurance and comfort to their patients.

The first to recognise and demonstrate the placebo effect was English physician John Haygarth in 1799. He showed to the world “what powerful influence upon diseases is produced by mere imagination”.

In modern times, T.C Graves in a published paper The Lancet (1920) was the first to define and discuss the placebo effect. He spoke of the “placebo effect of drugs” being manifested in those cases where real psychotherapeutic effect appears to have been produced. Later several experiments were carried out using an active drug and a dummy simulator (“placebo”) in the same trial and there was found to be not much difference between the results of the two. A number of different papers published by renowned physiologists and physicians went on to define the term also. In 1998, an Australian doctor coined the term obecalp, “placebo” spelt backwards when he recognised the need for a free placebo and is sometimes used to make the prescription of fake medicine less obvious to the patient.

Walter Kennedy introduced the term nocebo which is a neutral substance which causes harmful effects in a patient.

A placebo acts by providing reassurance to the patient that they have been given an appropriate medication for whatever is ailing them. It is administered mainly to gratify the person’s need for an actual treatment when none in necessary. There is some evidence that placebo interventions can alter levels of hormones, endocannabinoids or endogenous opioids but prominent components include expectancy effects, regression to the mean and flawed research methodologies.

Use in modern day

Although mainly used in clinical trials to demonstrate effectiveness of new drugs, placebo effects are genuine psychobiological phenomena attributable to a therapeutic context. With clearly defined neurobiological and psychological underpinnings, the placebo analgesic response has emerged successful. Pain may be reduced either by the release of endorphins or by changing the patient’s perception of pain. Although they have been found to be useful in depression too, there are serious doubts about the applied methods and the interpretation of results. Placebos do not, however, have too much of an effect on patients with chronic fatigue syndrome (CFS). This may be because CFS is known to be difficult to treat and this may decrease expectations of the individual, again implying the impact of psychology on any treatment.

Despite the success, the use of placebos for treatment is a matter of considerable debate. Doctors, in general, are ethically responsible to describe to their patients the effects, benefits and side effects of medicines they are prescribing and this poses a dilemma in prescribing placebos. In 1903, Richard Cabot concluded that it should be avoided because it is deceptive.

On the contrary, Newman pointed out the “placebo paradox”, i.e. it is unethical to use a placebo, but also unethical not to use something that heals. He also suggested that the use is appropriate as long as “the one administering is honest, open and believes in its potential healing power”. 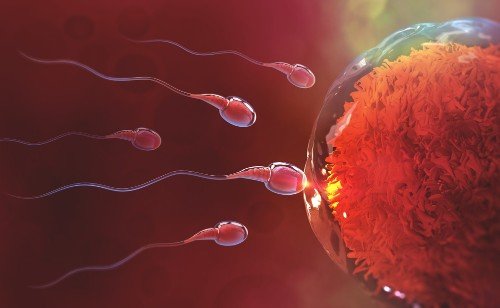 A 27 year-old female comes to the OPD with complain This the aponeurotic sheath covering the rectus abdominis muscle Walls Causes and Risk Factors of Infertility in Female